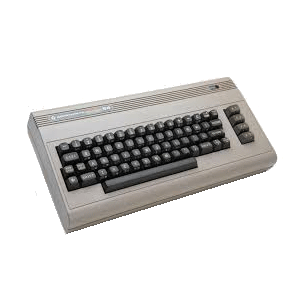 The Commodore 64, also known as the C64, C-64, C= 64 or occasionally CBM 64 or VIC-64 is an 8-bit home computer introduced in January 1982 by Commodore International. It is listed in the Guinness Book of World Records as the highest-selling single computer model of all time with independent estimates placing the number sold between 10 and 17 million units.