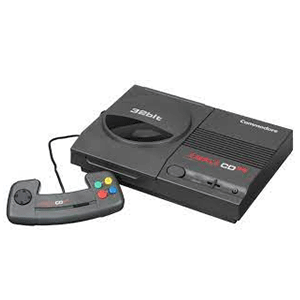 The Amiga CD32 was the first 32-bit CD-ROM based video game console released in western Europe, Australia, Canada and Brazil. It was first announced at the Science Museum in London, United Kingdom on 16 July 1993, and was released in September of the same year.