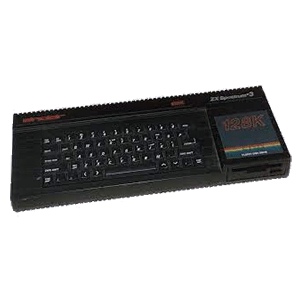 Referred to during development as the ZX81 Colour and ZX82, it was launched as the ZX Spectrum to highlight the machine’s colour display, compared with the black and white display of its predecessor, the ZX81. The Spectrum was released as eight different models, ranging from the entry level with 16 KB RAM released in 1982 to the ZX Spectrum +3 with 128 KB RAM and built in floppy disk drive in 1987; altogether they sold over 5 million units worldwide (not counting unofficial clones).